Skip to content
Posted on January 31, 2016 by Aaryn Niuapu 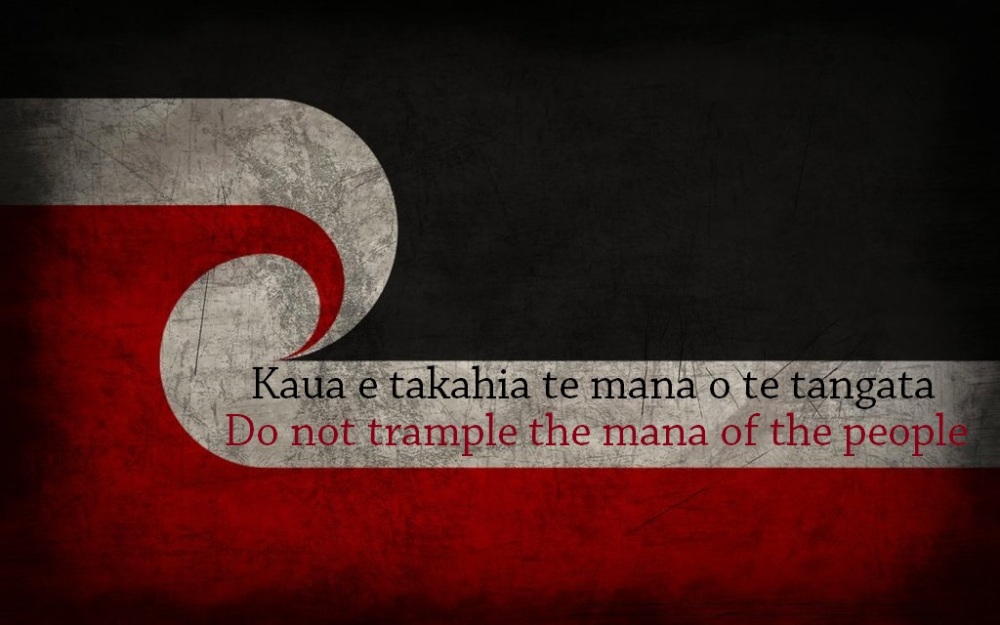 Every year, coming up to Waitangi Day (6th February), I write a blog post or an article either describing the pilgrimage up to Waitangi and/or my feelings around being an urban indigenous millennial. This year I decided to do something totally different: a poem. I love poetry, and I love the long history of poetic activism within POC communities, and with all the tension surrounding the signing of the Trans-Pacific-Partnership just two days before Waitangi Day, I wanted to add my five cents to the plethora of indigenous poetry today.

Below are the lyrics to my poem (and the clip can be found on YouTube too – Ancestry: A Poem)

Upon the bones of my tīpuna, my ancestors, I’m called towards resistance,
to pursue with persistence my people’s sovereignty,
regardless of the government’s authority and their endless political jargon,
PR stunts that only increases the margin between corporate profit,
and the lives of the struggling majority.

Upon the bones of my tīpuna, my ancestors, I’m called to protest,
any grotesque atrocities of parliamentary policies and trade deals,
that makes a meal of what my tīpuna fought for over generations.

Because one day I’ll owe an explanation to my descendants,
as to whether I stood up and defended their mana and identity,
or whether I chose comfort and bliss over honour and integrity.
Upon the bones of my tīpuna, my ancestors, I’m called to live out Te Tiriti,
a treaty with mana that has once again been disgraced,
by politicians who have placed our lives in the hands of the corporate elite,
people who greet democracy with a middle finger,
leaving the public to linger and wallow,
in the hollow kiwiana pride,
that so often hides us from reality.
All Blacks this, Shortland Street that,
but no one really cares when the poor are under attack.
ANZAC day this, Queen’s Birthday that,
but no one really cares about the historical facts.

Upon the bones of my tīpuna, my ancestors, I’m called to stand up and riot,
to not follow the norm and stay quiet or submissive,
as the System elicits and erodes my civil liberties,
my honour will be found in fighting for justice or dying with dignity.

My ancestors died for our land, language, and culture,
shame on me if I give it all up to a bunch of economic vultures,
what kind of a mokopuna would I be,
if I just rolled over and jeopardised, my ancestor’s hard fought legacy.

So upon the bones of my tīpuna, my ancestors, I will one day lay down and rest,
and hope to hear the sound of the next generation,
fighting for the same cultural preservation that calls upon me and you,
to live each day pondering, and wondering,
‘what would our ancestors do?’
what would they say?
Would they like our Facebook comments, or would they vomit due to our social inaction,
surely social media is only a fraction of what’s required,
it’s one thing to admire from the safety of seats,
it’s a different zone when you hit the streets, and stop looking down at your phone for hashtags, likes, and retweets,
so check yourself before you next post,
don’t make your most radical action be a simple status update distraction,
don’t be a slacktivist, join the masses, feel the grit,
be more than an online activist, and give more than just giving a shit,
get out there and shout aloud,
march the streets with mana, and make your ancestors proud,
because the right time to protest, is none other than now.
So upon the bones of your tīpuna, your ancestors, you will one day lay down and rest,
and the next generation will work with the fruits of your actions, or inactions,
fighting for the spiritual satisfaction of knowing their ancestral worldviews,
living each day pondering, and wondering,
‘what would our ancestors do?’

One thought on “Ancestry: Indigenous Pride”